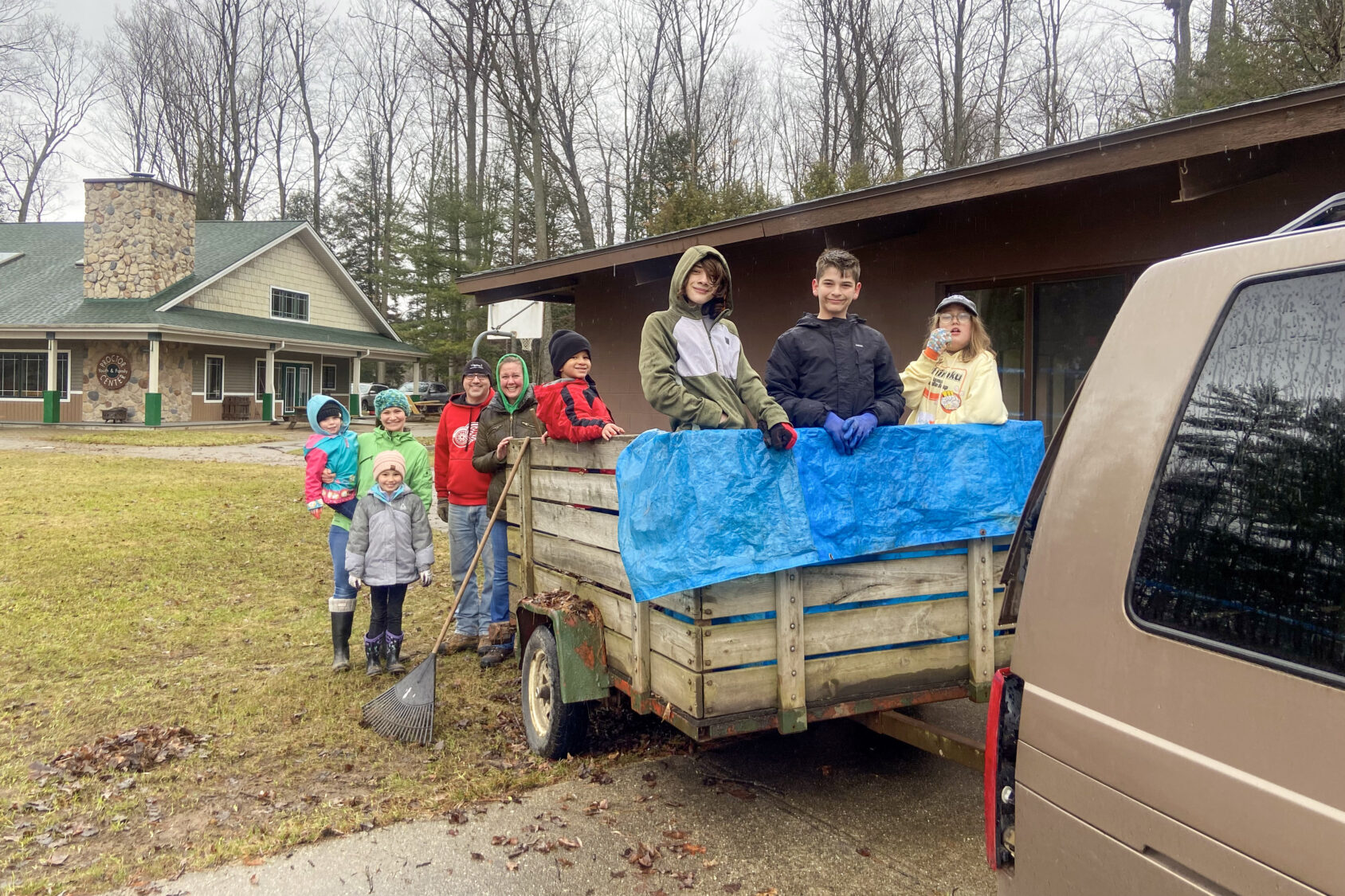 Many of us met for the first time Thursday morning and it was uncomfortable and awkward. We came from all kinds of different backgrounds, and we ranged in age from 5 months to the late 60’s. It was an exciting combination of efforts, building relationships with almost 50 people! There were some from Cascade Fellowship, many from Community CRC and at the same time, we were able to care and repair the buildings and grounds at Camp Tall Turf. Ultimately we were able to advance two causes at once, the relationship with our partner church, Community CRC, and our relationship with Tall Turf Ministries.

But again, starting out, it felt like we were all puzzle pieces that didn’t match up and we weren’t really sure how we would fit together. Lisa did a fantastic job organizing the trip! The theme for the weekend was appropriately unity. Each day she gave us a new word, teamwork, service, and differences. But I want to give you my own word – assumptions.

I made so many assumptions. I think we all do in new and uncomfortable situations. I started out assuming all the people from Community Church knew each other. That wasn’t the case at all.

Some were brand new to the church. One woman, new to Community, brought her pregnant daughter and toddler, and her son with his girlfriend and their infant son. There were actually two different families who came that brought three generations! Over and over we heard how enjoyable this time was. There were even conversations about next time, already looking forward to the same kind of trip next year.

Another woman showed up, and we assumed she was from Community Church since Lisa and I didn’t recognize her. Turns out she lives near there and had visited only once, but that was on a day the trip was announced. She was excited at the option, signed up, showed up, worked all Friday, felt good, felt God, made some friends, and drove home. Something tells me she’ll visit Community Church again!

Other assumptions I and others made were about the kind of service that would take place. Yes, the intent of the trip was to get the camp in shape for summer, and we did do that! It was so nice that we had enough people to accomplish that goal and also achieve other kinds of service as well.

Some people were outside, actively sweating while it was snowing. They worked really hard to get camp ready for summer campers. Five and seven year olds toughed it out with teens and adults. They worked together on teams in an intergenerational effort. So many leaves and pine needles were raked and hauled. Benches were built, signs posted on the trails, children cared for, meals made, cabins and buildings cleaned, and curtains hung.

But let’s talk about another kind of service. Many in the Cascade Fellowship family served with their financial gifts. Recently or over the years, gifts to Tall Turf Ministries or to the Partner Ministries fund helped make this trip possible. And the Cascade Fellowship deacons agreed to underwrite the food costs for the weekend. I’m absolutely serious when I tell you, that literally made it possible for many of the people to be part of this trip. They would not have been able to afford it, or just wouldn’t have gone through the hassle. It was a blessing and a gift to offer this. Thank you!

More service…it happened at so many levels! As I peeled apples, I asked a timid girl to help me. She hesitated and said she didn’t know how. I encouraged her, worked alongside her, and by her 3rd one, she gained just a bit of confidence. Jessi spent a good deal of time peeling apples too with a couple ladies, chatting and listening.

Again, assumptions. Service sounds like sweat and work, and it can be. But some spent their time simply trying to be available to meet needs. They took the time, no, they madethe time – creating space in each day to be available to listen and care, to pray and walk alongside in a struggle.

We concluded our weekend with a time of worship as a large group together. Lisa had some open ended questions and the teen mom of the infant had formed enough trust in the group to speak out loud. My heart leapt! The first two days she didn’t even come to large group time. By Saturday she actually raised her hand and spoke up in the group. That is progress. That is building relational trust. That is service.

Lisa challenged us with a literal puzzle. She put it out Thursday to see if we could finish it by Saturday evening. No one person did it all. I think I did 5 pieces. But in the end many contributed, and each piece fit together just perfectly to complete the picture.

One family shared that they had never been on a family vacation and this felt like a special family vacation time. I know of at least two people who joined us Thursday through Saturday who do not have a home. They are staying with others, on couches, for now, but literally are homeless. They don’t wear it on their sleeves, you wouldn’t know it, but that’s just how special this weekend was. And truly, that’s what made it more than just a service trip. It was, indeed, a service retreat. Thank you, thank you so much!